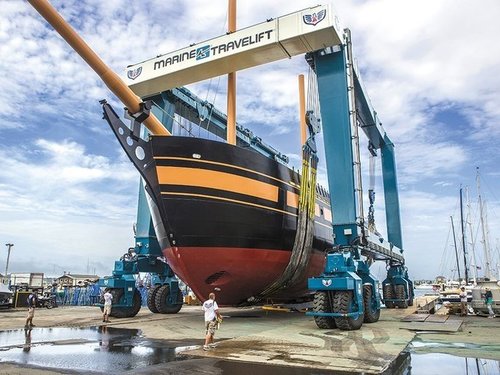 Oliver Hazard Perry, the U.S naval officer who won a decisive victory against the Royal Navy on Lake Erie during the War of 1812—“We have met the enemy and they are ours,” he declared—would have appreciated the irony. An extraordinary new sailing ship was supposed to be a replica of a British warship that his flotilla captured. But when the Canadian group behind the venture ran out of money, enthusiasts in Rhode Island bought the unfinished 138-foot-long steel hull and named it after Perry, an Ocean State native. Six years and more than $10 million later, the three-masted, 20-sail tall ship will launch this summer from the Newport Shipyard. And while it’s the first vessel of its kind to be built in the United States since 1903, it’s also fitted with 21st-century technology, such as twin six-cylinder backup engines.