By 1750, Rhode Island had become a major trade center. Much of the colony’s commercial success was due to its ability to add value to imported raw materials and turn the new products into exports. For example, cacao, sugarcane, and molasses from the Caribbean region were made into chocolate, sugar, and rum. Much wealth was also gained from exporting slaves imported from Africa.

National Geographic has placed many colonial maps online that highlight the local economic geographies that where driving expansion and the colonial enterprises.  Many of these maps are gathered on National Geographic’s pinterest page. 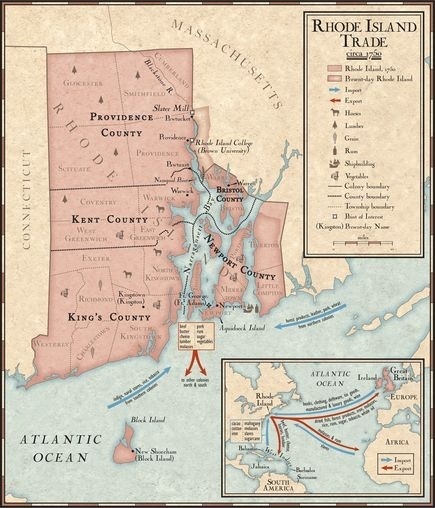